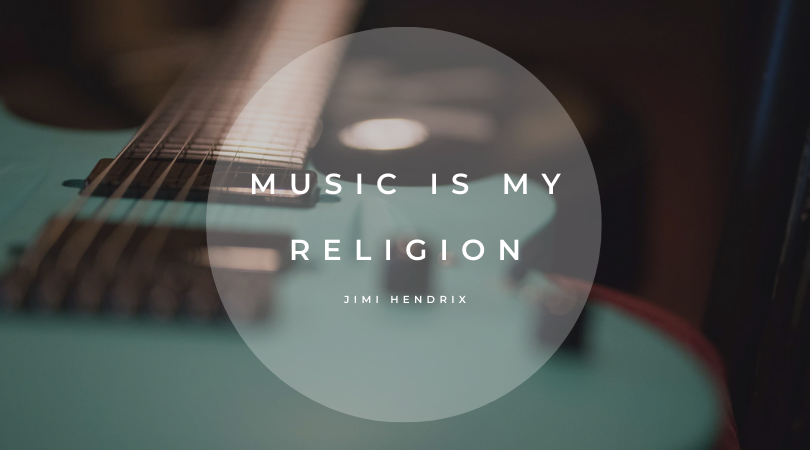 At Radiopark we think that music is wonderful. For this reason, we would like to send you a quote every week from well-known musicians, authors, actors and much more that express the power and effect that music has on us and our mood.

Hendrix, who is considered one of the most important and influential guitarists because of his experimental and innovative way of playing on rock electric guitar, had a lasting effect on the development of rock music. With his bands – including The Jimi Hendrix Experience and Gypsy Sun & Rainbows – he has appeared at the most popular music festivals of his time, such as the Monterey Pop Festival in 1967, the Woodstock Festival in 1969 and the Isle of Wight in 1970.

In our Radiopark guitar collection we recently added a guitar similar to that Jimi Hendrix himself painted with nail polish and spray paint and burned on stage in 1967!