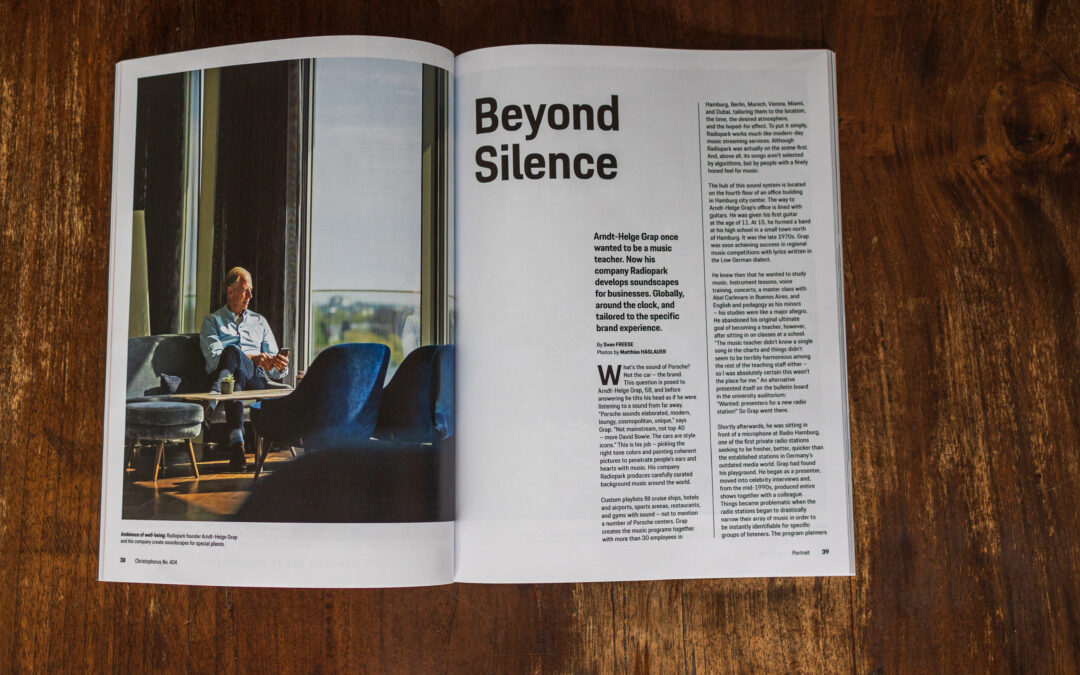 What a good day to start the day…

Our #CEO Arndt-Helge Grap was featured by the well known Porsche #Christophorus Mag – read how he talks about his youth band, his change (s) of career as well as the early days at and rise of #Radiopark.
.
Initially, he wanted to become a music teacher, then turned radio moderator and now he and his colleagues are creating tailor-made high-end sound experiences for cruise ships, hotels and – of course – #automotive clients.

.
In the interview he describes the sound of #Porsche: “Porsche sounds unique, modern, loungy and cosmopolitain, (…) not mainstream (…)more like David Bowie – the cars are icons”.

.
#Porsche and Radiopark are working together in #Austria as well as in the #MiddleEast..
.
For the full #interview check the read below. (in German}